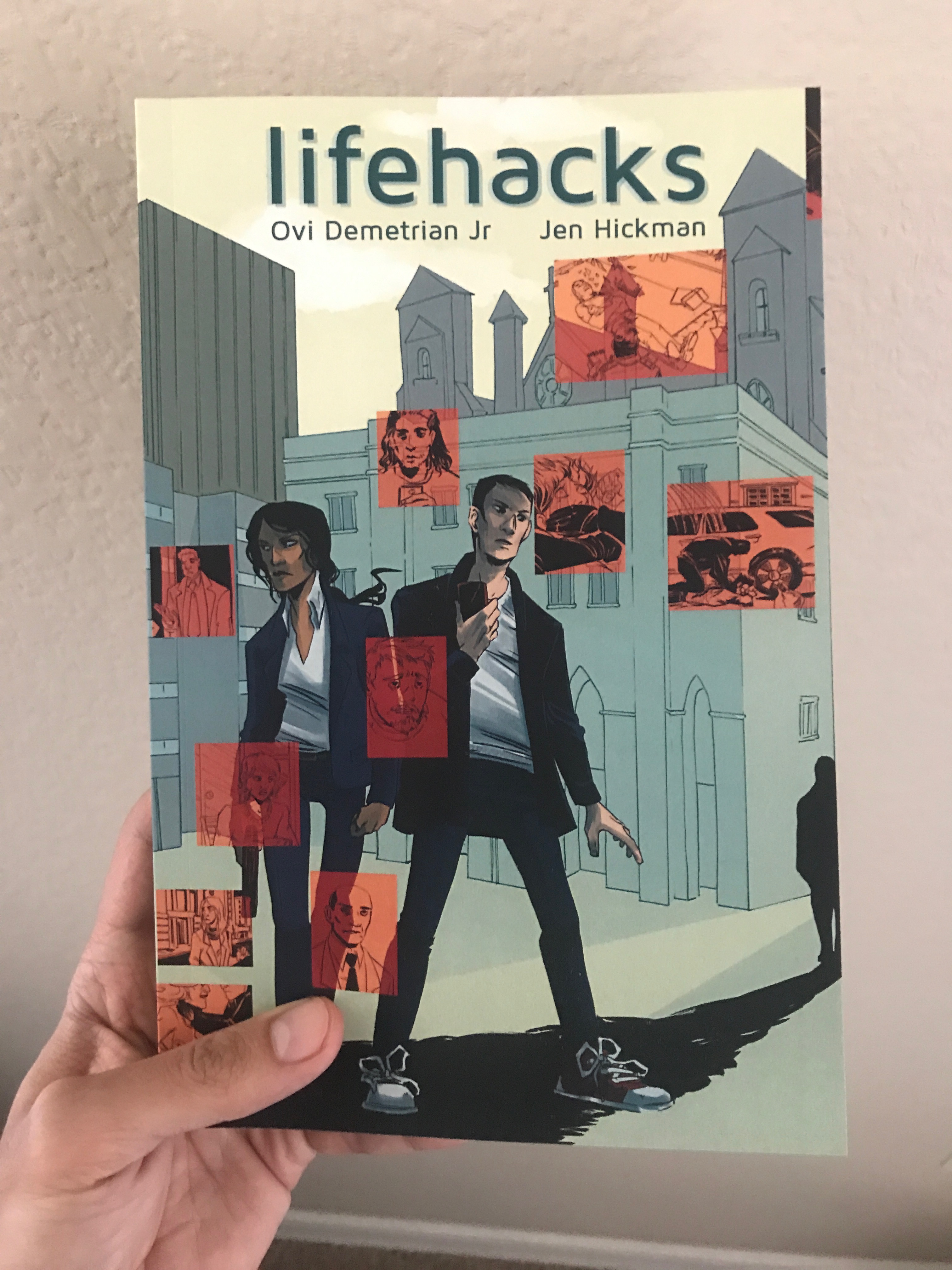 My second comic book series, Lifehacks is now available in its entirety. Today, the digital edition was released via comiXology and featured as part of their New Indie Comics. The paper back is also available on Amazon. And you can read it for free online as a webcomic.

The goal of my first series, Hacktivity was to see if I can somehow make a comic book. Having gotten through the process, I found that I wanted to continue giving it a try and I decided to go for an additional three comics as issues for a full story arc. With Lifehacks, I planned it as a graphic novel from the beginning, releasing it as four individual issues.

My goal with Lifehacks was to see if I can continue writing well into the future, eventually making it into a career. And I challenged myself in the process to test my limits. While I do really like the overall theme and plot of Hacktivity (it still feels very relevant), there is a definite difference to me in how my writing for Lifehacks has improved. And as tricky as it was at times (it ended up taking longer than Hacktivity to finish), the writing process felt more natural this time around.

The series is my take on a detective story. I’ve grown up enjoying different kinds of detective stories; movies and TV shows like Columbo and Psych; and books and comics like Powers. (Batman is essentially a detective story too.) Detective stories are about solving a mystery, which comes from our inherent need to figure out and resolve things. So it comes as no surprise that I’m already in the early stages of my next series, having figured out something myself: that yes, I can keep doing this moving forward.

Check out my graphic novel Lifehacks about a hacker turned private detective.